I have been a Dalek fan for nearly all of my half century on this planet, and for most of that time there have been comics featuring Daleks up to no good.  The most influential on me were those featured in the Gerry Anderson comic "TV Century 21".  These were reprinted in part in the 1970s Dalek annuals and later in "Doctor Who Weekly".  They were finally reprinted in the late 1980s as "The Dalek Chronicles" as a complete volume.

The stories featured the Daleks as evil as their TV counterparts but the society represented was much richer than we saw on TV, and their adventures so expansive and exciting.  There was no Doctor, allowing them to go beyond the confines of the series, their stories becoming epic in scale.
Here were powerful Daleks ruled over by a Golden Emperor, travelling the cosmos in magnificent saucers, confronting exotic aliens and sentient planets.  The only other TV characters to appear in the comic were Mechonoids, the robots from the TV story "The Chase".  Like the Daleks they were elevated to be more than mere props running about a studio... here they became the Daleks' deadliest foe.

The Daleks' TV21 adventures ended with them discovering the location of Earth, and preparing their invasion.  Interestingly this appears to act as a prequel to the original Dalek annual, the wonderful "The Dalek Book", written mostly by David Whittaker (before his work on the TV21 strip), with colour strips painted by Richard Jennings, again before he worked on the regular strip.
That first annual told the story of the Daleks invading the solar system, their prize being the Earth.  In the second annual the Daleks confronted their Mechonoid foes... with the inevitable outcome.

I grew up with these adventures and when I learned how to create CGI comics I decided that I would try to produce a Dalek comic in the style of TV21, influenced more by the magnificent artwork of Ron Turner in all of it's colourful glory.

Here is the first of these: Mystery Planet... 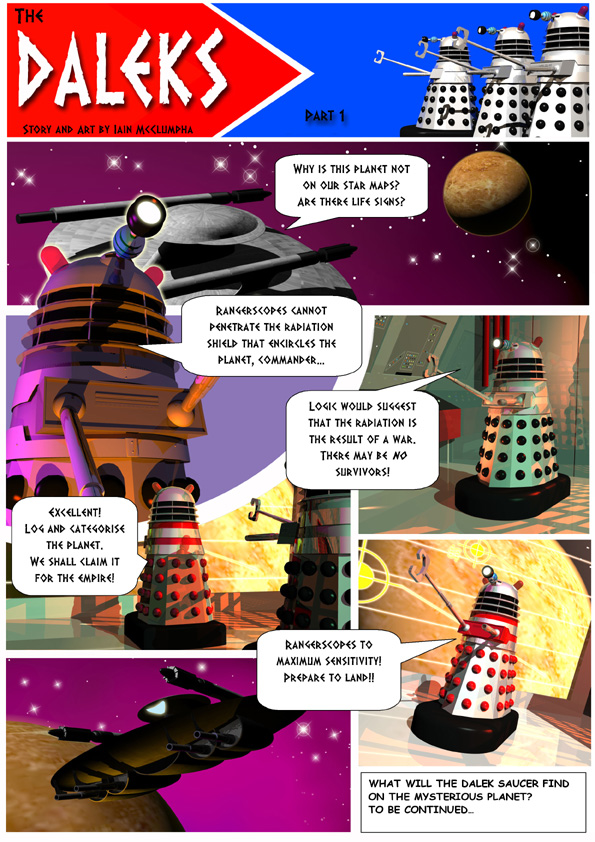 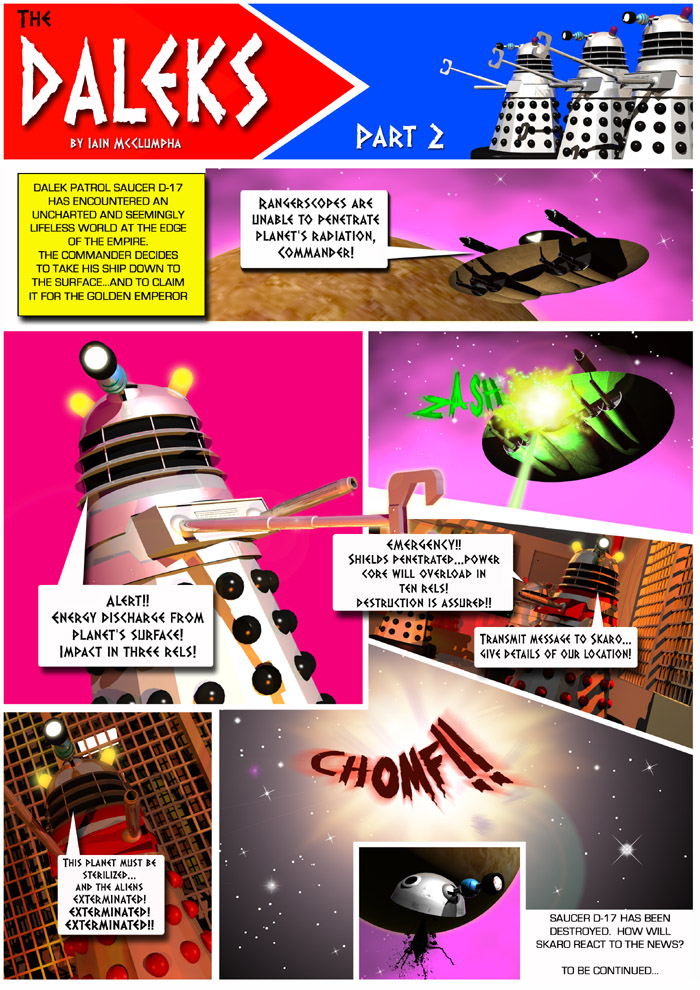 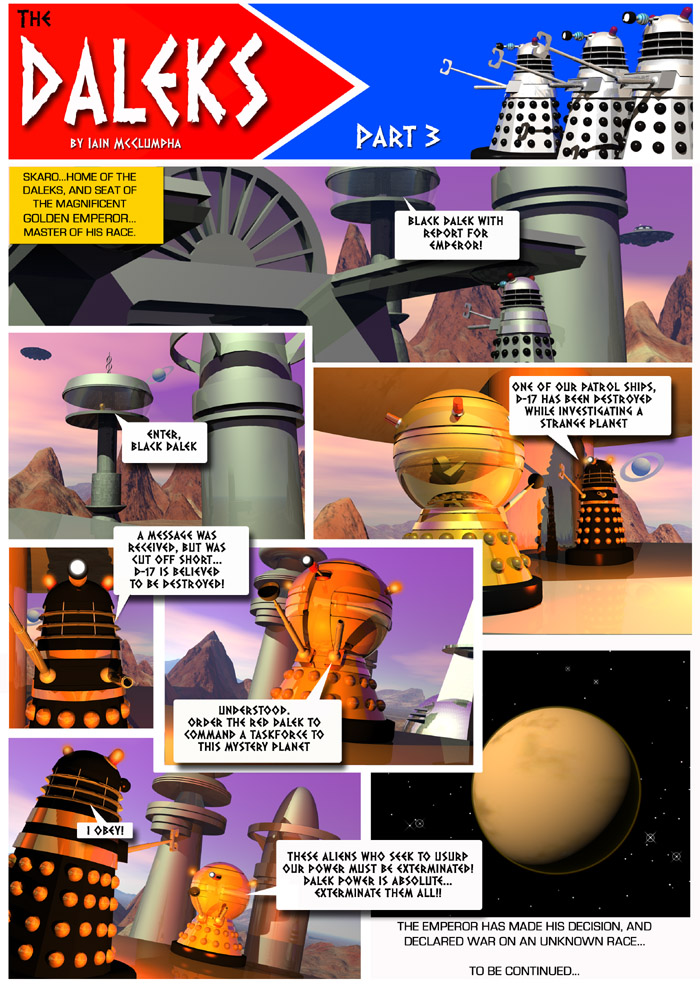 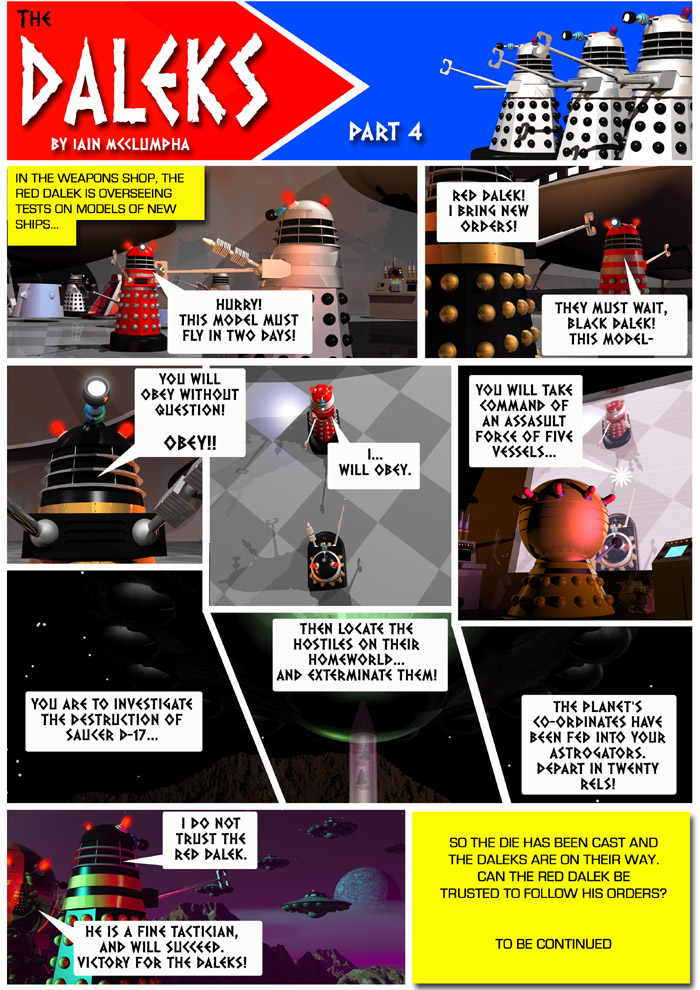 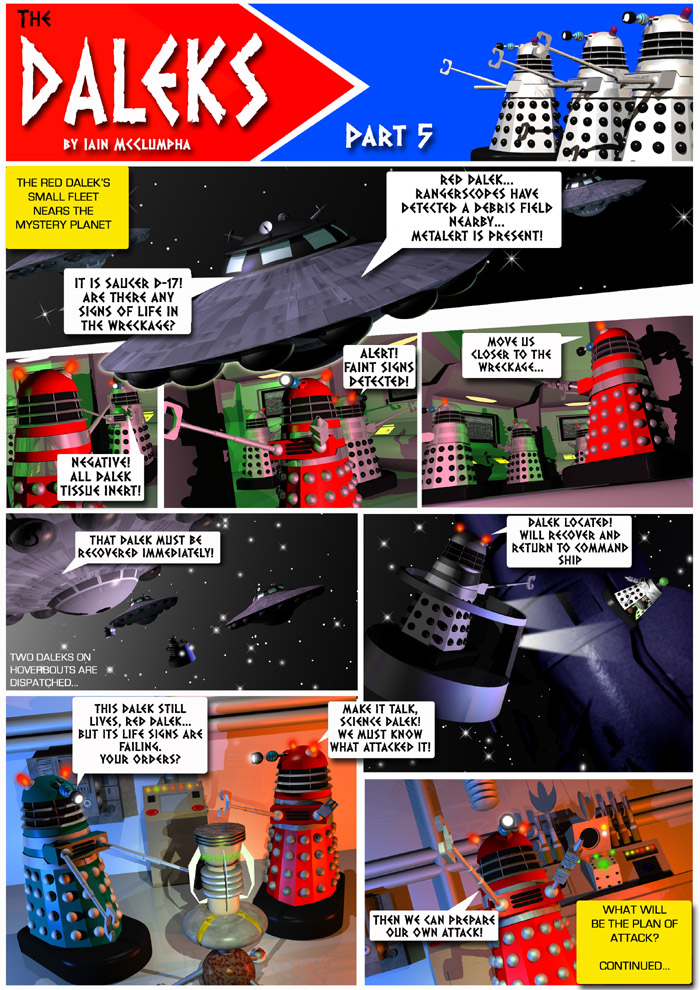 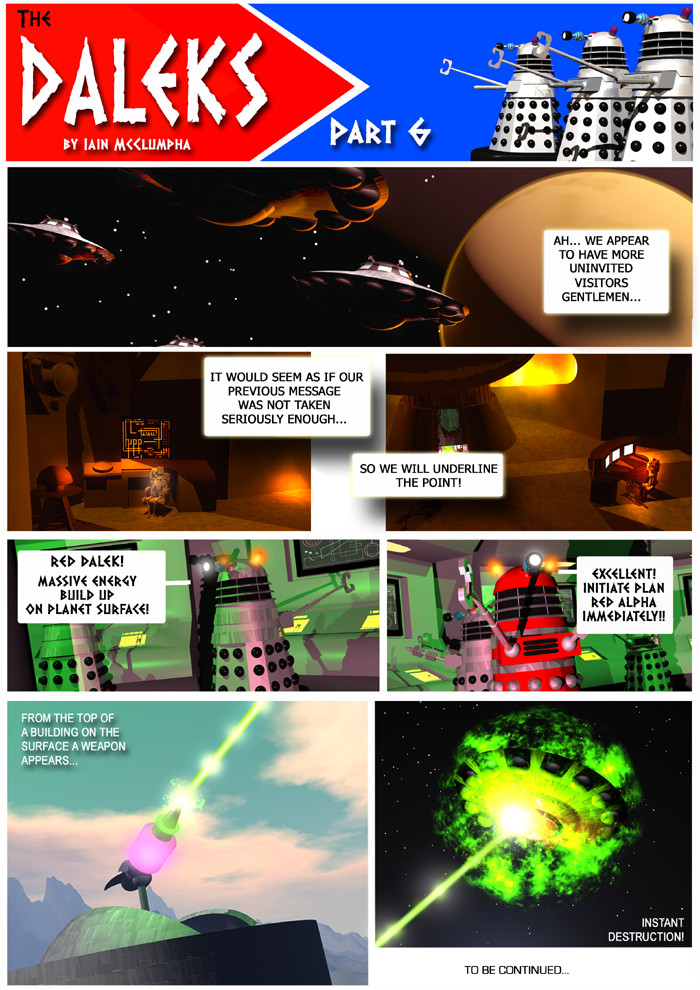 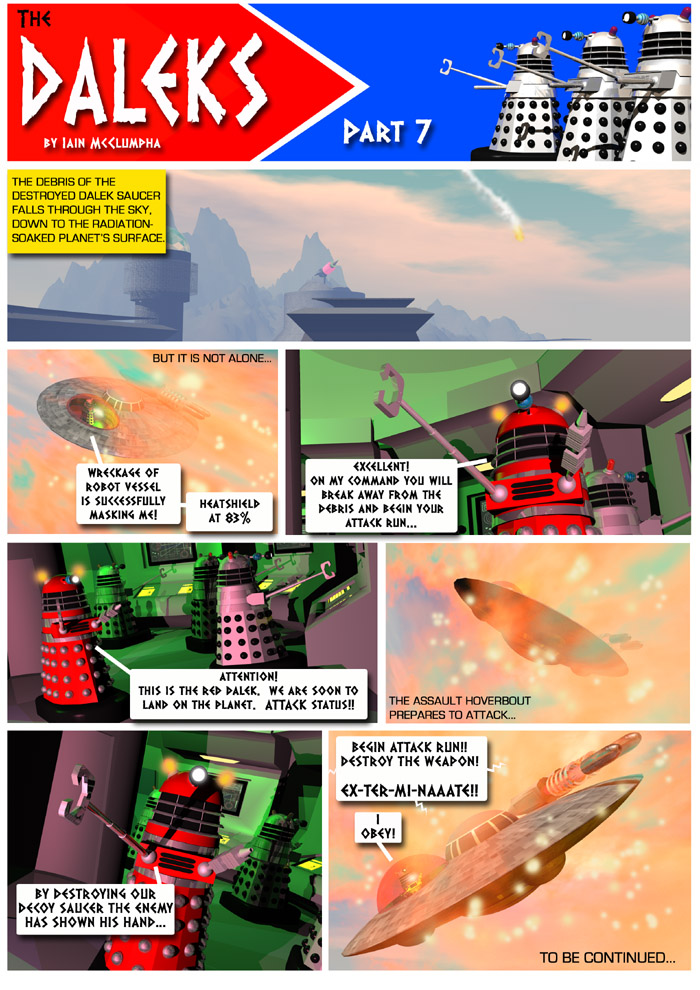 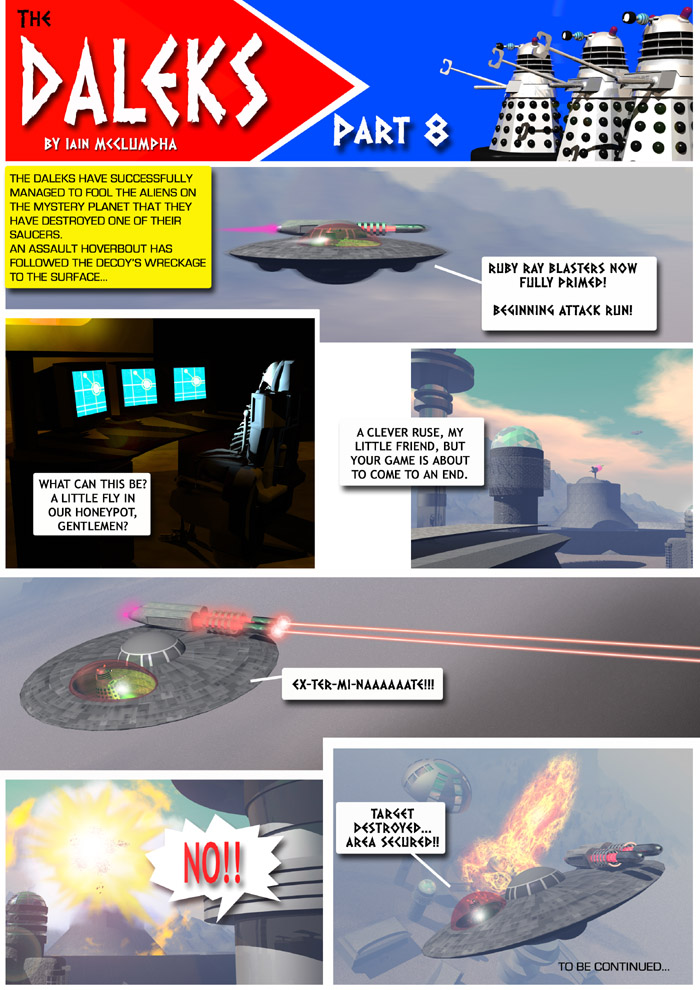 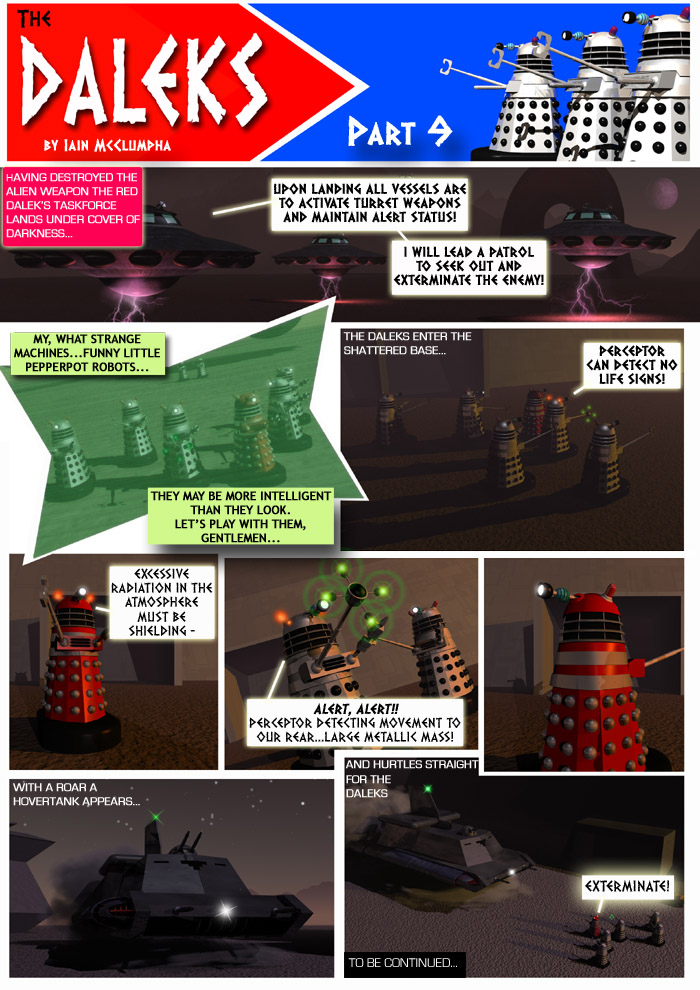 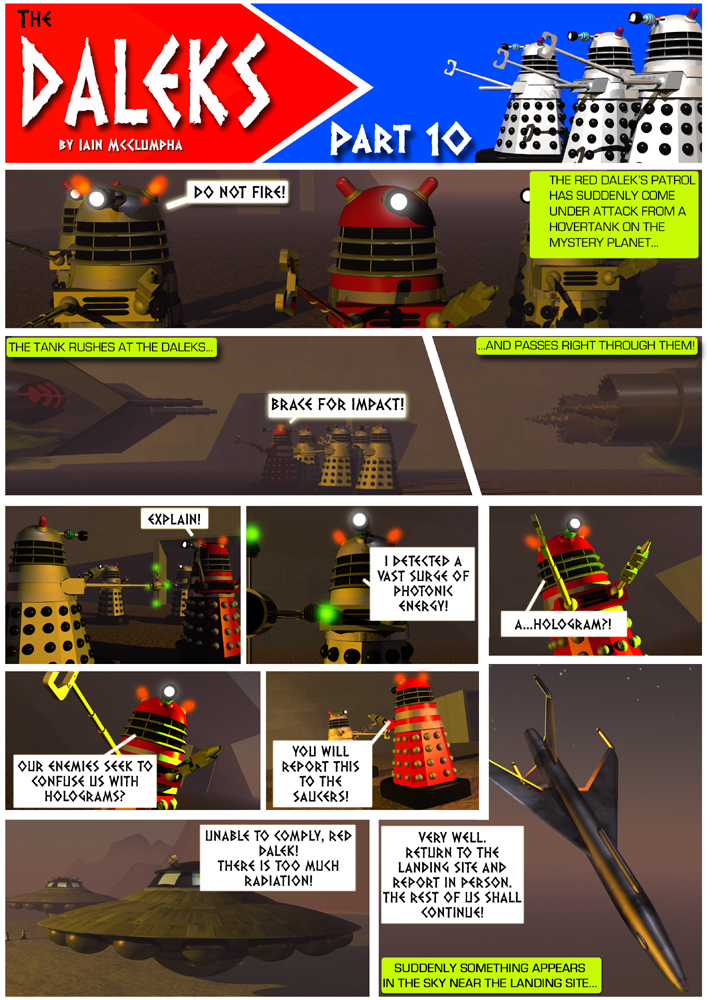 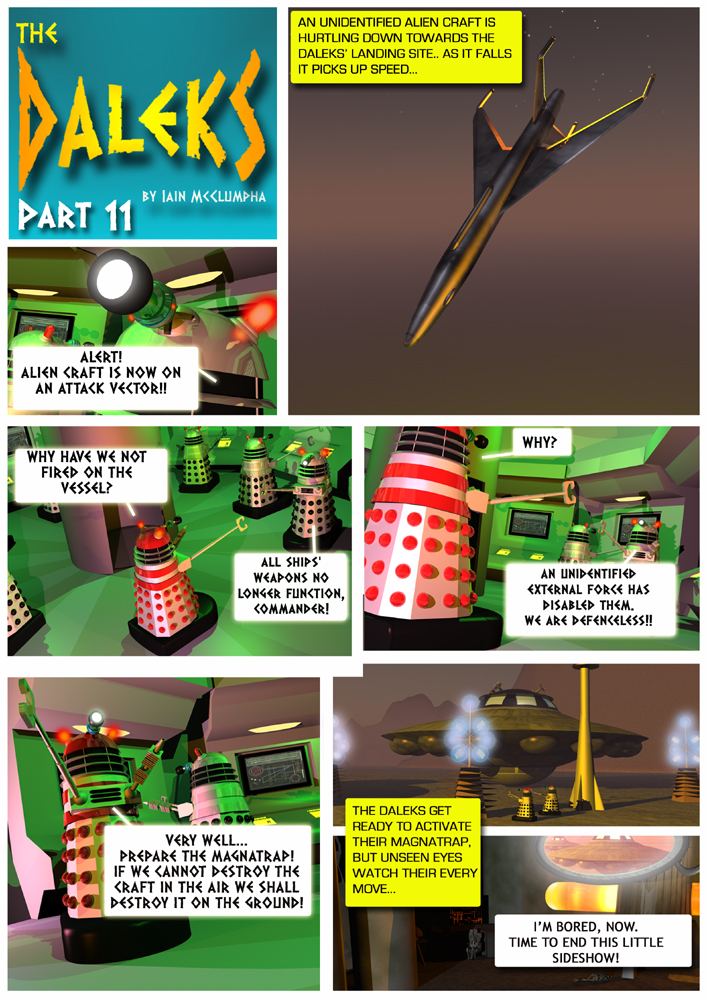 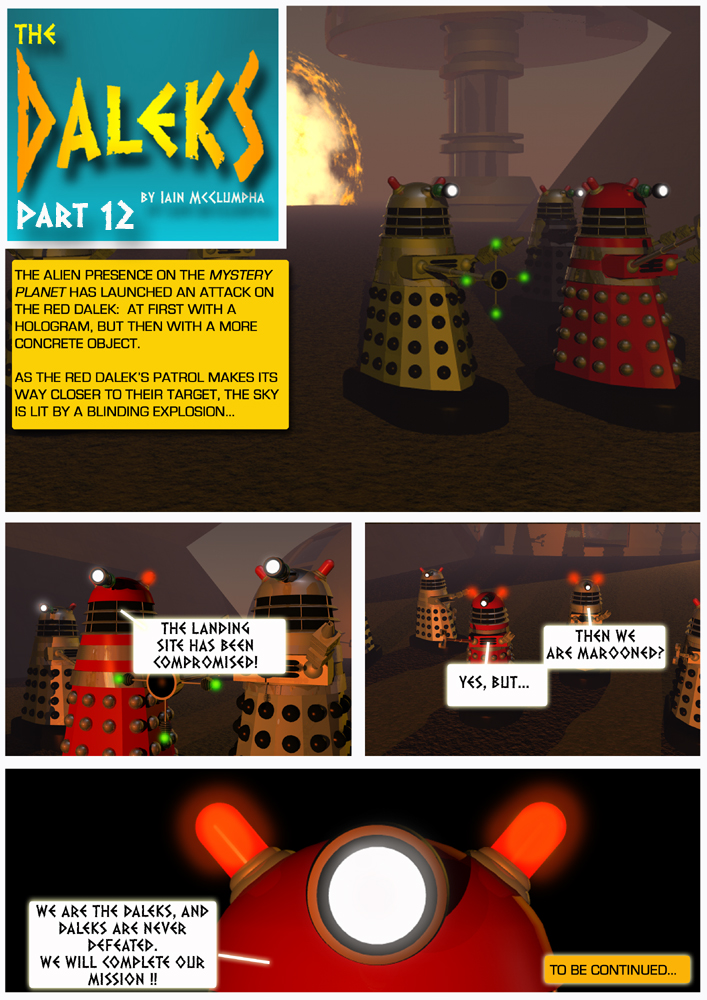 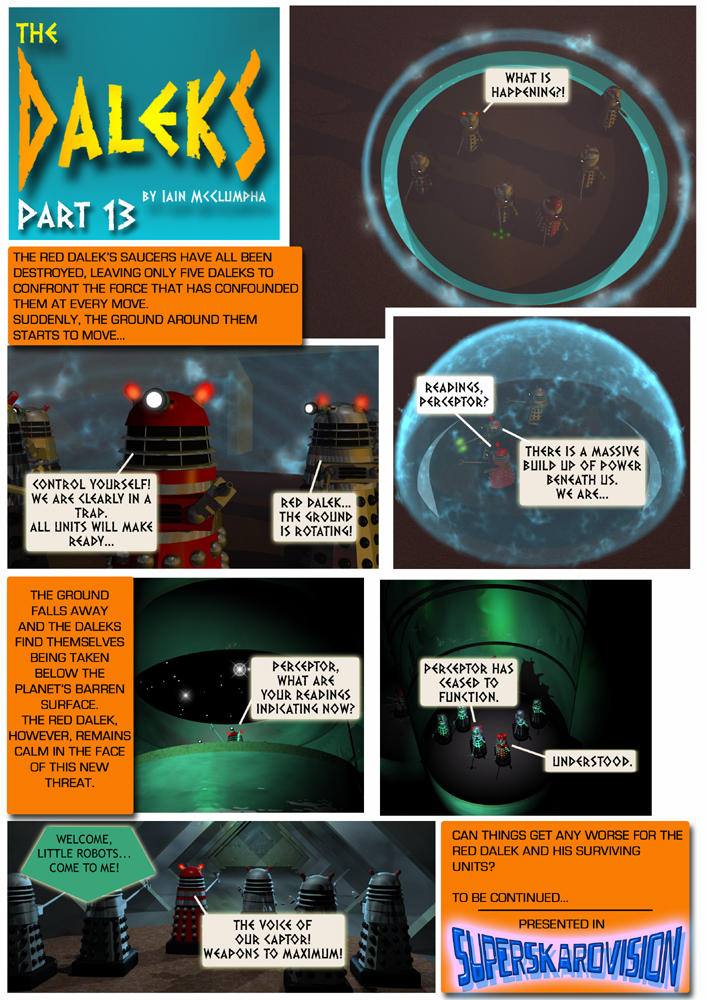 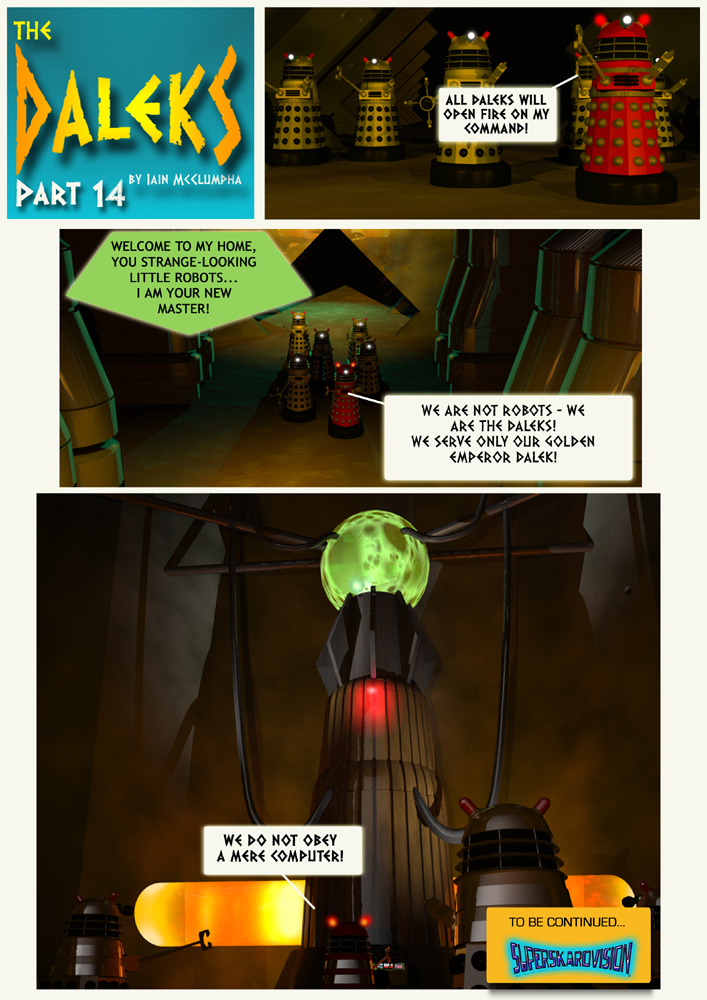 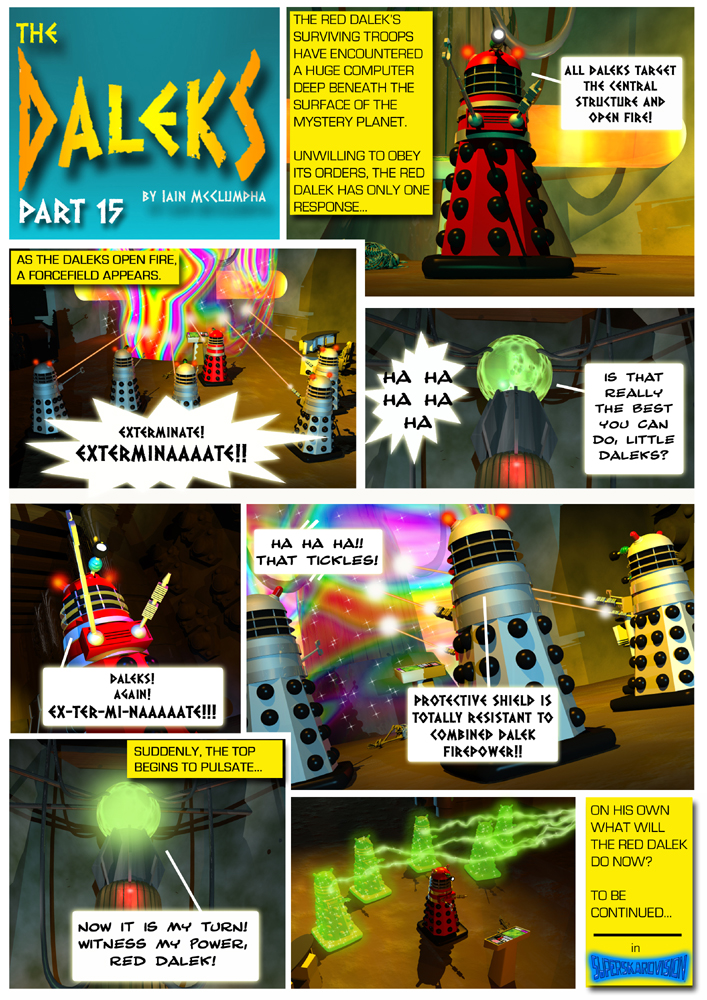 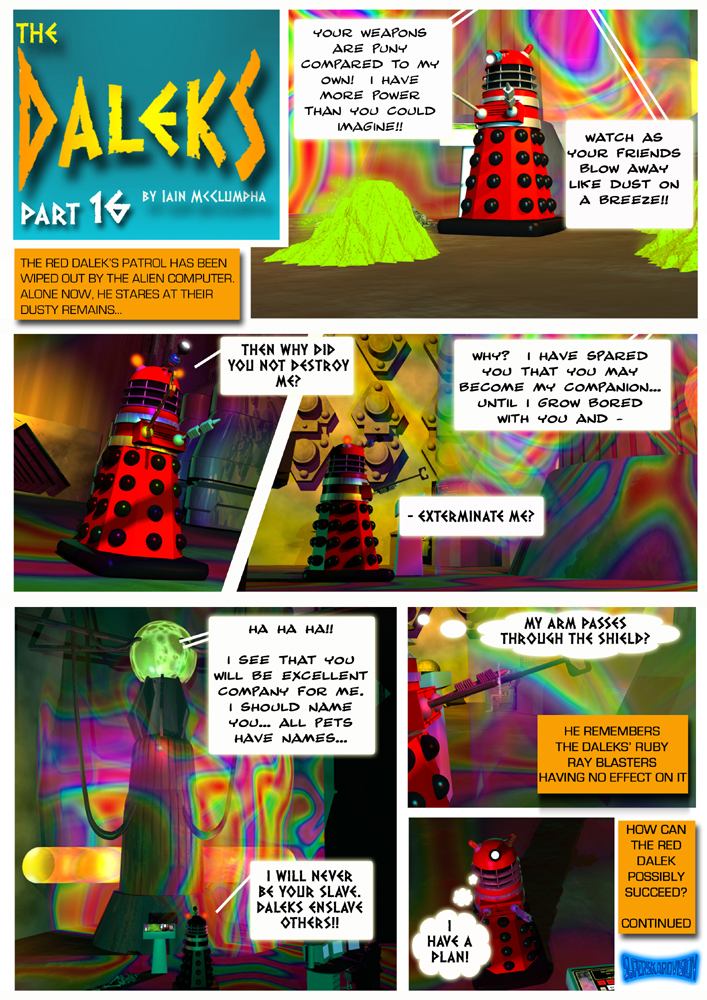 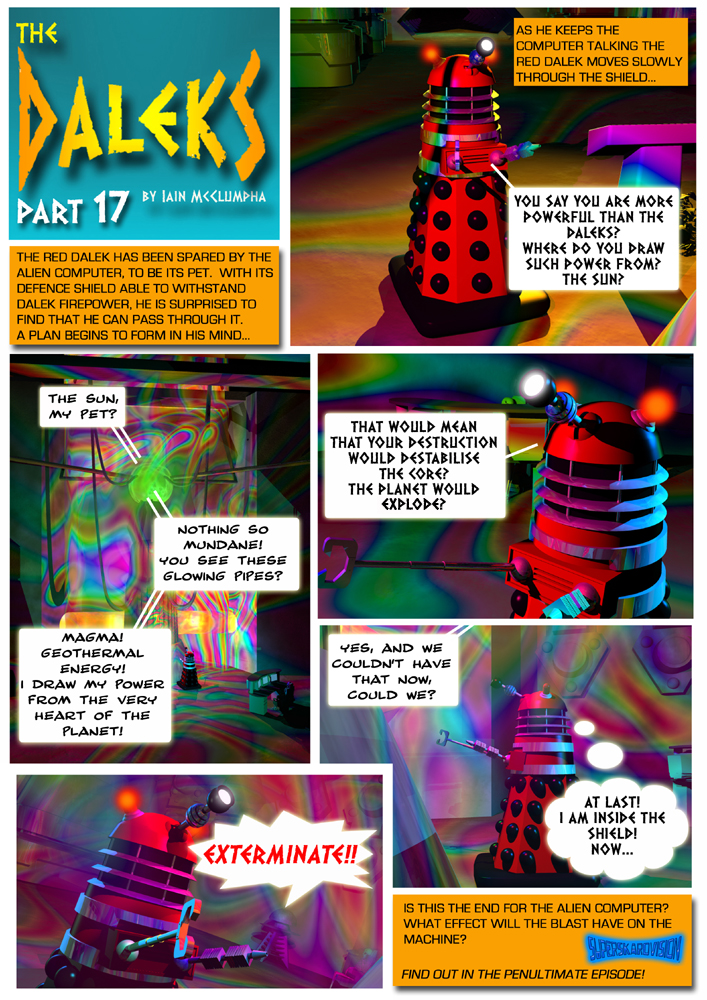 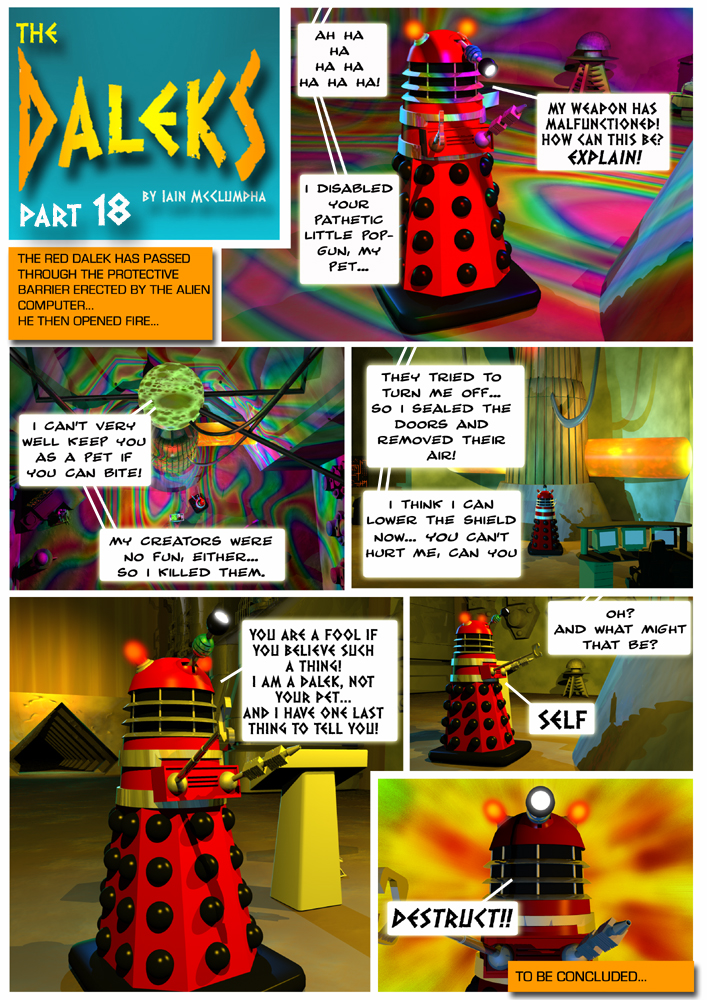 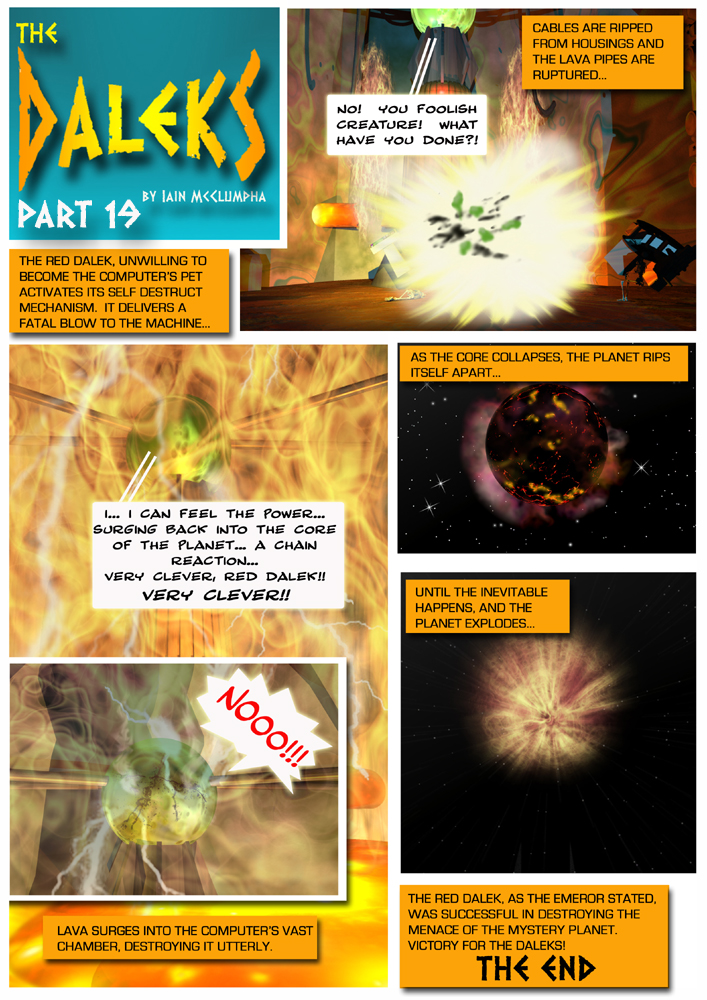